Oakland’s Beginnings as a Railroad Town

The Old Oakland Historic District was Oakland’s original downtown.  When the Central Pacific Railroad built its tracks in the 1860s to connect the East Coast with the West, the terminus was located at a railroad station on 7th Street in Old Oakland.  Downtown became a destination for train travelers going west.

By the 1870s elegant brick Victorian hotels to house travelers were rising in the blocks around the railroad station.  On the ground floor of these hotels were narrow shops, designed so that a pedestrian would pass many shops while walking down the block.  The new look in storefronts featured tall cast-iron columns and large plate glass windows.

Day Long Desert Safari Tour in Dubai – A Day in the Desert!

On the land of the desert, experiencing the scenic view of the sunrise and sunset with the deep dive into the desert is an overwhelming experience of life. In the day-long desert safari, you will be given benefits of the Hatta mountain safari and the Evening Desert Safari. The whole day in the golden sand of desert and Hatta Mountains.

In the morning we shall pick you from the hotel, the day-long safari starts from visiting the Hatta Mountains and then moving to the desert for the tremendous experience. In the morning, we will move away 100km from Dubai along the rolling red sand dunes for a thrilling off-road adventure followed by a visit to the camel farms. The real adventures start as we follow the trails of the Wadis dry river bed in the Hajjar Mountain to reach clean water pools. In Hatta Mountain Safari trip you can dive into the blue waters. After the water pools, we will visit the famous Hatta Fort Hotel for a luxurious lunch.

Now enjoy the adventure of the buggy driving, Desert Safari Dune bashing and camel riding in the desert. Capture the best view of the sunset point in your memories. In the desert, you can have the dashing and beautiful belly dancing along with sheesha. The henna tattoos and capture yourself with the Arabian tradition by clicking in the Arabian costumes. The delicious barbeque dinner is waiting for you. Just feel the dream in the realistic.

After the 1906 earthquake, the downtown began a rapid decline as the shopping district moved to the blocks north of 14th Street.  By the 1950s, Old Oakland had become skid row and a center of prostitution. In the early 1960s, the City condemned many of the deteriorating buildings.  For almost 20 years, roofs leaked, plaster melted off the walls, and the buildings were in danger of being lost to neglect.   Treasure hunters seeking newel posts and marble mantels for their Victorian houses plundered the buildings.

In the late 1970s, the deteriorated buildings were bought by several far-sighted developers with a love of history and a fund of sweat equity.  Now Oakland’s heritage, its original downtown, has been returned to its 1870s elegance.  Upper floors now contain elegant offices, and restaurants and shops once again occupy storefronts.  Merchants and businesses owners in Old Oakland are very aware of the importance of preserving and enhancing this important piece of Oakland’s history.

The Ultimate Culinary Tour of India 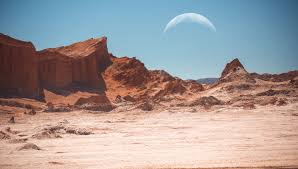 TRAVELING WITH A PURPOSE